And thanks to everyone who's joined the 'Get the Teaser Trailer up to 2000 views before the Ashes Shoot' campaign on Twitter! I don't know if we'll get there - it'd blow my mind if we did - but I'm already so grateful to everyone for trying.
*

Baz Luhrmann and Peter Jackson have three things in common (well, they may have more than three, but here's three for now): 1) They are my favourite directors, 2) They both have films coming out this December, and 3) They've both chosen to shoot their latest films on Red. As I come to Direct my first film in two years, I can now announce with all excitement that I am going to follow in their footsteps. Except that they both shot in 3D, and although I'm not against the medium, I'm not quite ready for it yet!

So there's big announcement #1. Ashes is going to be shot on Red - the Scarlet in fact - with muchas gratias to Panny Hire for loaning us the equipment!

But, being the oddly nostalgic, romantic, somewhat post-modernist person that I am, I couldn't take leaps forward in technology without taking a few back as well. So yes, I will be Directing my first film shot on Red... but we will also be shooting on Super 8 as well!

The reason for this is not a desire to look at/handle lots of cameras (okay, that might actually be one reason), but that we intend on creating a completely different look for each of the scenes - or 'worlds' - in Ashes, each of which have completely different moods and styles, depending on the mood of the lead character at the time. Two of the scenes will also be shot on our third camera, the Canon 600D, to help us portray this.

Finding a cinematographer to take charge of not one but three very different cameras is no easy task, but I have found one, which brings me to my second big announcement. Anyone who knows me will have already guessed who is shooting Ashes for me, but I'll give you a hint: the Canon which we are shooting two scenes on is the very same one used to shoot the last film I Co-Produced...

It's funny to think that, just over a year ago, I was too in awe of Neil Oseman to speak to him when I brought him a coffee. Four films later - the one which I Co-Produced being, of course, Stop/Eject - and I am now Neil's director. Life has a wonderful way of dancing with you sometimes!

You can find out more about Neil by checking out his website, which he updates regularly, but here's the basic breakdown of his achievements for those who don't know. Neil got his first paid Directing job aged 19, won the Channel 4 Ideas Factory's Creative Class in 2005, has Directed two features and has another in the pipeline. His last feature, Soul Searcher, was distributed on DVD around the world, and publicity for that film caused the Guardian to dub him "the Spielberg of Hereford". Actors he's worked with not only include The Worst Witch star Georgina Sherrington but also the wonderful Mark Heap, and the one that most people talk about, Benedict Cumberbatch.

So why would the 'Spielberg of Hereford' want to D.O.P. a film for me?

"[Ashes has] an intriguing script that bravely tackles a complex issue and provided a lot of visual opportunities. As a DP I thrive on those opportunities. I want to know that there will be carefully chosen and dressed locations and beautifully designed props, costumes and make-up, otherwise what's the point of lighting them nicely? With Sophie's eye I knew I was going to get those things."

Of course, Neil won't have to manoeuvre all the equipment on Ashes alone. As with most of the films Neil has made, he will be bringing with him his right-hand man, the loyal (and ever so slightly long-suffering) Colin Smith. Colin has three credits on this film already - Gaffer, Focus-Puller and Super8 Technician. In fact, it is mostly down to Colin's knowledge and love of Super8 that we will be using it in the film at all.

The camera crew is complete with a third member, Chris Newman, my 1st AD, who will also be doubling as a Camera Assistant.

With four days to go until the Ashes shoot, after everything the film's been through, I'm now at a place where it all feels ready to go (fingers crossed), and that everyone involved will make it a wonderful shoot. And it sounds as though Neil is looking forward to it as well.

"[The Audience should] look out for candles. Look out for shadow puppets. Look out for Super-8. Better still, don't look out for any of those things. This will be a disturbing and thought-provoking film, so although it will have a lot of interesting visuals, first and foremost I hope people are engaged by the story and the issue behind it, and come away questioning their own feelings and attitudes."

So, that's everyone on the main crew introduced to you now. With two more blogs to go (and a third epilogue blog) before the Ashes shoot, I look forward to finally writing about my amazing cast, Adam Lannon and Sarah Lamesch. 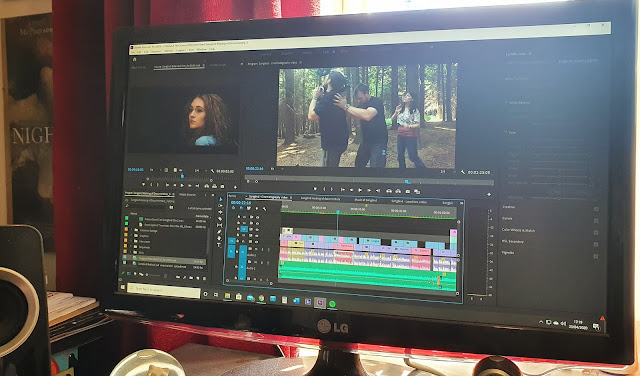 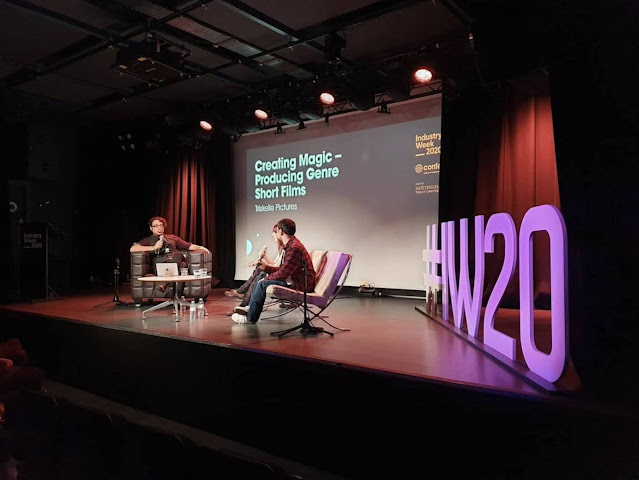