Updates and another shameless plea for finance!

Today's shout out goes to my latest follower and dear colleague Carl Cropley. His company is Full of Squares and they did special FX on Wasteland, Jar of Angels and the upcoming Stop/Eject and Ashes. It's industry quality stuff for a fraction of the price so he's well worth checking out: http://www.facebook.com/FullOfSquares

So here are the updates. First off, Ashes is well into pre-production now. Casting for that is now open and easy to find on some of the most popular online casting sites so spread the word! Also my assistant on Wasteland - Gina Hames - is taking the design reins from me so I'll be meeting with her on Saturday.  But that didn't stop me from doing at least one little piece of concept art. So here is my design for a poster: 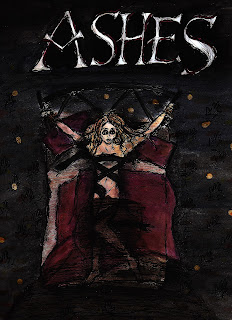 (Note - the final poster probably won't look like that!)


The news with Stop/Eject is that it's taking a little hiatus and is probably set to shoot again in Spring 2012 (after Wasteland's intended February 2012 shoot). The production has also assigned a new Producer.... me! So I will be keeping you updated on that film's process including more funding campaigns (sorry guys....) but, in the meantime, here is director Neil Oseman's poster art for it: 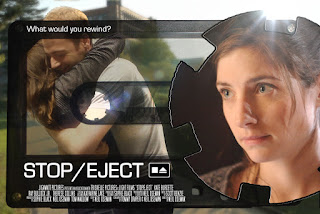 And finally, onto the main news of today.

The Jar of Angels official trailer is now online due to the combined efforts of director Crash Taylor and cinematographer/editor Rik Winter, and it is officially a stunner. I've said time and time again how much I enjoyed the production and how proud I was of the crew, but the only way to fully express everything that went into the film is by watching this beautiful little trailer:

We've already having some good feedback (including a great one from Raindance of all people!) but the truth of the matter is that we wouldn't have gotten as far as we did without the support of our followers and film fans everywhere - the type of people who might be reading this blog right now. And what most people never take into account when they go into independant film production is how much is needed AFTER the film has finished shooting. We don't want Jar to be a beautiful little film that is seen by a few people see in one screening, applauded at, and then boxed and put onto a shelf for all eternity. We want to share it with the world, starting with all the best film festivals including the aformentioned Raindance. We know that we can do this, but we need your help!

I moan on a lot about Hollywood making re-make after heartless re-make and throwing money into these films without much care for content, and I know that lots of people complain too because I've seen it all over the social network sites. But if you want to make this stop happening then you need to show your support for independant cinema. So here's the thing - instead of spending whatever rediculous price a cinema ticket is these days on watching a film you've probably already seen before by a different director, you can spend the same money on something new - give as little as $10 (that's the price of a cinema ticket here) and maybe you'll see Jar of Angels on a screen near you one day. In the mean time, you'll certainly get a free present for funding.

Together we can stick it to Hollywood and show them the kind of films we WANT made. If everyone donates, Jar of Angels will be finished and distributed to all the best places. And what's more, I will love you all forever.