On my watchlist: Spring/Summer 2016

Much as I love the experience of watching films on the big screen, I don't really get around to going to the cinema these days. In fact, excluding short film nights & festivals, and an afternoon mother-daughter trip to see Florence Foster Jenkins last week, I can't remember the last time I had a proper cinema night.

So often these days, I look forward to seeing films for months, then by the time I notice they're released, I've already missed them in cinemas. And it's becoming more frequent that even some of my favourite directors have new films out before I'd realised they were shooting anything! (One of the perils of my new schedule is that I'm incredibly out of touch these days; I have a mountain of old Empire issues to catch up on!)

There seems to be a particularly brilliant array of films coming out now and in the near future, and with Cannes' annual release of films to watch out for, there's no way I couldn't be aware of them.

So here's my quick overview of my favourite new and upcoming releases - partly to remind myself to try and catch at least some of these in the cinema, and partly because it gives me the opportunity to share some seriously brilliant looking trailers with you. Enjoy!

1) The Light Between Oceans


Like many people, I loved Blue Valentine, and there was a lot of beauty in The Place Beyond the Pines, so I've been looking forward to Derek Cianfrance's next film for a while. With a cast including credible new 'it couple' Michael Fassbender and Alicia Vikander, and cinematography this elegant, you know it's going to be one to watch.


I've been a fan of Terrence Mallick ever since I saw The Tree Of Life, and I rushed to see To The Wonder when it came into cinemas (even if the finished product felt a bit like a string of beautiful rushes) so I've been waiting for this one to come out for a long time. There's been a few harsh reviews already, but I'm still looking forward to experiencing Knight of Cups for myself.

I'll admit that this one was completely under my radar, but with a lot of visual and thematic similarities to The Virgin Suicides, Mustang is certainly one for the watchlist.


This is prime example of one of my favourite directors releasing a film before I was aware they were making anything new. And although Richard Linklater's latest seems to be tonally closer to School of Rock than Boyhood or the Before Trilogy, every film he makes turns out brilliant in its own way, so I definitely want to give this one a go. 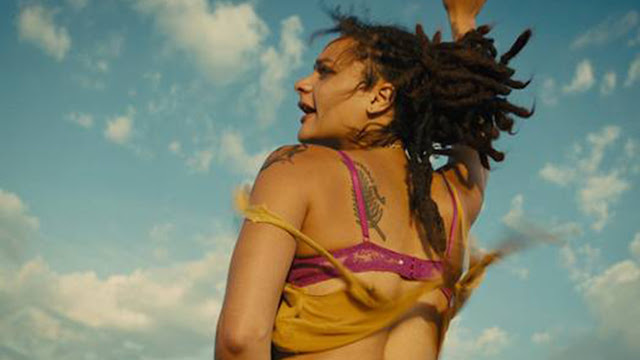 Once again, one of my favourite directors, and a film I wasn't aware of being in production! Her atmospheric adaptation of Wuthering Heights showed us a director who is still finding her feet, but Andrea Arnold's previous work - especially Fish Tank - was incredibly strong. I can't wait to see if she's honed her voice for American Honey, and I'm super excited that she's teamed up with DoP Robbie Ryan again!


Nevermind Marvel's latest offering - this is the Captain film I am most looking forward to. As a lifelong LOTR and Aragorn fan, I'll gladly take the opportunity to watch any Viggo Mortensen film, but Captain Fantastic looks like the perfect mix of quirky and heartwarming without being twee. One for Little Miss Sunshine fans.


And last but by no means least, the next film from Nicolas Winding Refn. This is one I have been following for a while now, and I know a few people who have managed to catch it at this years' Cannes. Although I thought Drive was over-hyped, it was a good film, and Only God Forgives was a visual treat for the senses. Perhaps even more interesting than Refn's films themselves are the strong, mixed reactions they get - and early reviews of The Neon Demon suggest it's going to be another Marmite piece. All this, combined with the intensely watchable Elle Fanning taking centre stage this time, the one thing we know for certain is that this film won't be boring!


It's my intention to catch as many of these films as possible, whenever my purse and my schedule allows. I don't want to regret missing another films as I did with Anomalisa!

And for those of you without a few hours to give to films, there's some great short offerings coming up. iShorts have just announced their latest offerings - including Wash Club, produced by Night Owls' Lauren Parker, and 80s-set drama The Knock - so there's a high quality batch there to look forward to. And more of my regular collaborators have some great pieces coming out - Aislinn de Ath and Edward Harvey have films in pre-production, Oliver Park is in post-production on Still, and there's new releases from Tommy Draper and YSP Media. I also have my eye on a great-looking new piece from Helen Crevel, called Time, And Again; it's in the early stages of pre-production, but it looks like a good one to follow if you liked Stop/Eject!

Speaking of short films in pre-production, there is of course Songbird, which I need to get back to now. With all these great new films coming out, I hope there's still room for you guys to look forward to Songbird as much as I do!