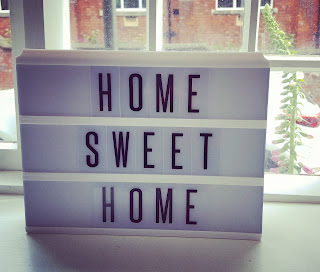 Just over two weeks ago, I moved house. I'd become dissatisfied with living in Derby City Centre due to its declining quality and increased crime rate, so moving to a cottage in a neighbouring village was a welcome decision. However, it did cause a disruption to my working routine and also left me without internet for a fortnight, and I'm still playing catch up as a result.

So what is there to update you guys on? Firstly, Songbird; although the film is taking slightly longer to finish than anticipated, the project is still in a good place, and work certainly hasn't stopped. We reached picture lock towards the end of April, and so Songbird is currently in the capable hands of the sound, music and VFX guys. I'm concentrating on the backers' rewards in the meantime, which includes looking at the extended cut and liaising with 3rd AD Demetri Yiallourou on the behind-the-scenes documentary. The film's trailer also had its big screen premiere at Short Stack in April. Hopefully we'll have more updates to share with you guys soon. For now I'd like to thank everyone who contributed to the film's LiveTree campaign - we smashed it, yet again!

Also in April, I finally got to return to my film design roots when I designed a set and costumes for Liam Banks' latest film, After Party. Liam is a friend as well as a fellow director, so it's always a pleasure to work on his films - and it was great to watch him taking the time out to coach or console his actors amongst the energetic environment of a horror film set. It was also another opportunity to work with Emmeline Kellie, who produced and starred in the film. There's still some work for me to do on After Party (and not much time left to do that in - thanks, house move!) but for now, here's some lovely behind-the-scenes stills from the set build and the first block of the shoot.

Two of my older projects had some news in Spring, too; the trailer for Stop/Eject was screened at a special film night that celebrated all things Back to the Future (apt, as that was one of director Neil Oseman's biggest inspiration); and Night Owls won it's FOURTEENTH award when the lovely Holly Rushbrooke received the audience award for 'Actress in an Indie Film' at Top Shorts 2017! Night Owls' festival run is coming to a close soon (we only have a handful of festivals left to hear from), but it's certainly done me proud!

In terms of 'day job' work, that's been pretty hectic and wonderful too. My editing job with Dynomite Productions took me to Hamburg again, and shortly after that we were privileged to create more videos for Interflora. Their beautiful new campaign that is currently being drip fed in teasing glimpses on social media, and most of it is already available to view on their YouTube channel, alongside our previous work for the company. The latest campaign involved a visit to one of my favourite locations - Calke Abbey.

And through my own company, I've done more work for the lovely Towersey Festival. The previous videos I edited for them are up on their YouTube channel now, and the new videos will be launched within the next few weeks.

May was pretty much dedicated to the house move, but I did make one public appearance, alongside fellow filmmakers David Lilley, Alex Withers and Kelly Webster. It was my second time on the panel for Film & TV Tweetup, but this time it was to discuss the highs and lows of crowdfunding. Those of you who missed it can re-watch the Facebook Live video on the Tweetup page. I know I rambled on too long (and spoke very quickly), but at one point you do hear me get my first ever 'bravo', which was somewhat unexpected and appreciated!

There's only one more thing that's happened since my last update: I turned 28. It definitely feels different to when I turned 27: the last 12 months have been ambitious, challenging, exciting and exhausting all at once - and I now have a few grey hairs to show for it. I have the feeling that the workload, adventures and opportunities are only going to double in the last little bit of my twenties - and I've already had a small indication that justifies that theory...

So what's coming up? Of course, finishing Songbird is my main priority - and Night Owls will be reaching its final destination (YouTube & Vimeo) later on this season. I'm also in pre-production on my next film, details for which are unfortunately under wraps, but a few people down in London are already busy preparing for it. I've already announced my wonderful cast - Aislinn de'Ath,  who starred in (and won an award for) The Dress, and her real life fiancé Robert Dukes. I love the natural chemistry that comes from working with couples, so I'm very much looking forward to their performances.

And it won't be long until my next film design job either, as I've been booked by the ever-enthusiastic B Squared Films to work on their short film McKinley. The detective drama is shooting in the Autumn and is crowdfunding now.

Right, with all that coming up, I'd better get cracking. Time to grab a cup of coffee and unpack the last of my new home office. See you all on the other side!