Sophie On: The Conflicting lure of London 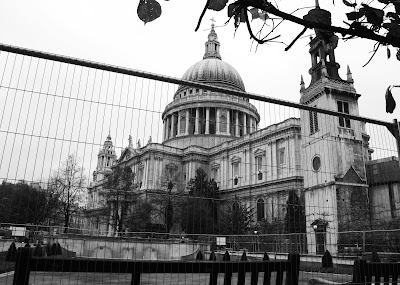 And a quick shout-out to my latest follower, Helen Greatorex!

As anyone close to me knows, I am a country girl at heart. In late summer, there is nothing I like better than turning off the computer, putting on my walking boots, and setting off into the Derbyshire hills - particularly in blackberry season when I can collect a load in a basket. Sometimes I take a load to my mother and she makes a crumble out of them - my Belper life is genuinely that ideal. I have a wonderful little family, a solid friendship group, pubs that know my face, and a view from my office of rolling hills and beautiful Victorian mill worker houses and architecture. It is for these reasons that I am so glad Neil Oseman has chosen to film Stop/Eject round here.

At the same time, I work in a very technical, buzzing, energetic industry - one which doesn't always correlate well with a country lifestyle. I've been incredinly lucky with the amount and calibre of work I've found since moving back to Derbyshire, and lately there's been an increase in awareness of the arts in the Midlands, and that's a movement I'm so keen to support - when I was growing up round here there was absolutely nothing film-related in the area and I taught myself film by going out into the aformentioned hills with a Hi-8 camera and a bunch of my friends.
But there is no denying the incredible, exciting awareness of the film industry within our Capital. When I studied for my degree I was the distance from London that I am now from Nottingham, so I went into the city a lot, and I got a real taste for it. I fell in love with the architecture - that classic mix of cold shapely steel with the crumbling brown buildings of 100s of years of history (and the odd ship thrown in for good measure) - and I sampled the sardine-like nature of the nightlife. The vintage boutiques, independant little stalls and art shops filled me with inspiration. I've done a theatre workshop at Pineapple dance, attended an evening lecture with Derek Jarman's production designer, Christopher Hobbs, at the British Film School, and I've seen musicals and plays at all the theatres in the west end. Above all, I went to two of the film studios - 3 Mills, graced by Viggo Mortensen and Tim Burton amongst others (and I even got to film there thanks to producer Danni Plater) - and of course, Pinewood. Oh GOD Pinewood. I don't think anything can beat the elation of being there. I hope I get to go again someday - even more so, I hope that I get to have a film crew with me.
Since I graduated (nearly two years ago) and moved home to Belper, I find myself yearning for the city. I'd be watching London set films and television shows such as Steven Moffatt's Sherlock and I'd find myself saying "oh, I've been there, I waited for a night bus" or "that's a great museum, I've been in there - there's a good Waterstones nearby too" and stuff like that.
So, when I finished the main shooting block for Jar of Angels - mostly to beat the flat feeling that comes when filming suddenly stops - I did a corporate video (a tattoo parlour advert) to raise enough money to travel down to London for a weekend. This was partly because I wanted to see the people down there who I love and miss an extraordinary amount, but also because I wanted to immerse myself in the culture and the sights again. I wanted to feel like a tourist again. So, armed with my Powershot G10 around my neck (and an unfortunately Marilyn Munroe-esque skirt) I sped around Westminster, Southbank and Covent Garden, determined to see as much as possible in one day. Unfortunately that weekend was ruined by increasingly bad health (I was throwing up on the actual train home!) but I whizzed past Parliament, the London Film Museum, The London Eye, The BFI (inwardly praying that they were looking at my film at that moment and deciding to accept it for their festival), The Tate Modern, The Globe - I actually popped in there because I can't resist the gift shop - and lots of other random beautiful streets before ending the tour with (two) visits to Forbidden Planet. I was shattered beyond belief, but I photographed everything as I went along, and here are the pick of my point-and-click photos from that day to share with you: 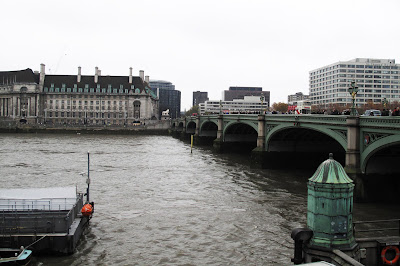 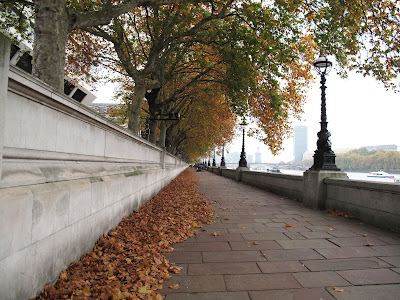 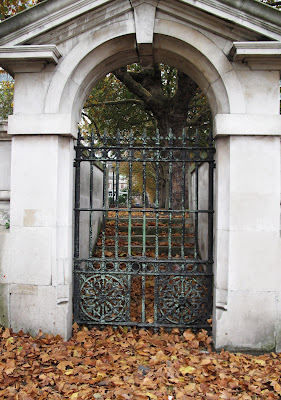 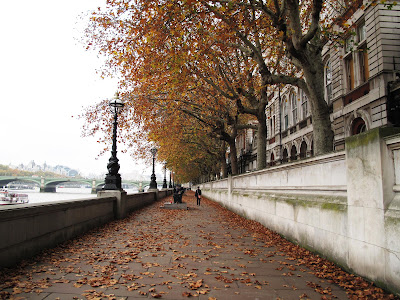 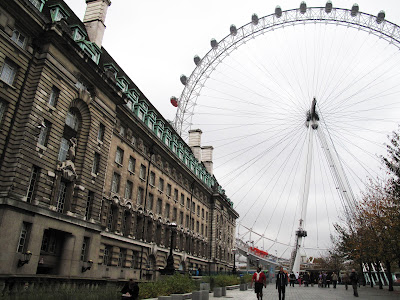 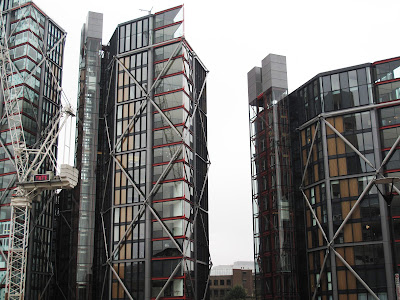 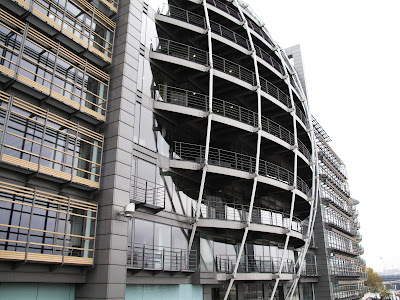 I had hoped that my visit would help me make my mind up as to which part of the country I belong in. But, for now, I am still completely split down the middle. I would love to work in London and attend the premieres there but I would always want to visit home, walk in the countryside and eat Sunday lunch with my family - particularly at Christmas. Plus the charity stores are a hundred times cheaper down here for prop shopping, and I will never stop supporting the local creative scene.

Maybe one day I won't have to choose. If I ever get rich to the slightest degree, or, more importantly, if I'm successful, I would have a stone cottage in the middle of nowhere with a log fire as well as a teeny little flat in London with a view of the millions of city ants stuck at their desks, and treadmills, and bars.
And I'd have to buy a Red cam, as well.
Sophie x